Every year, Awaji Youth Federation welcomes a new group of Fellows, young innovators who together constitute a diverse community of international exchange, culture, and professional insights.

Upon graduation each Fellow becomes a part of the permanent AYF Alumni network, where they may share and communicate with each other to develop their projects or ideas on both Awaji Island and overseas. By building upon itself every year, the AYF Alumni program aims to expand into a useful resource where all of the efforts made by AYF can be encapsulated and compiled. And as a symbol, the AYF Alumni represents the growth of an upcoming society of individuals who are driven to lead the world in finding global solutions. 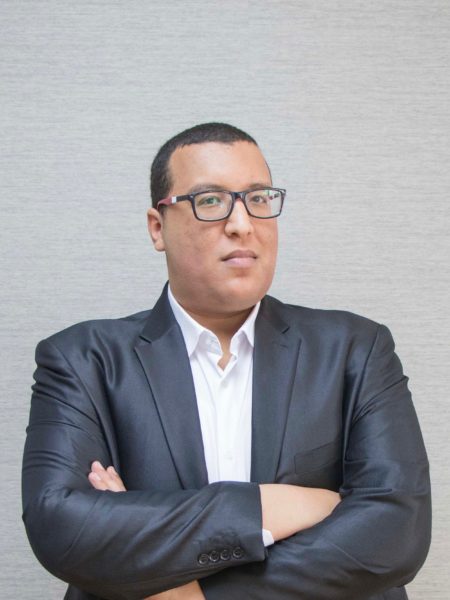 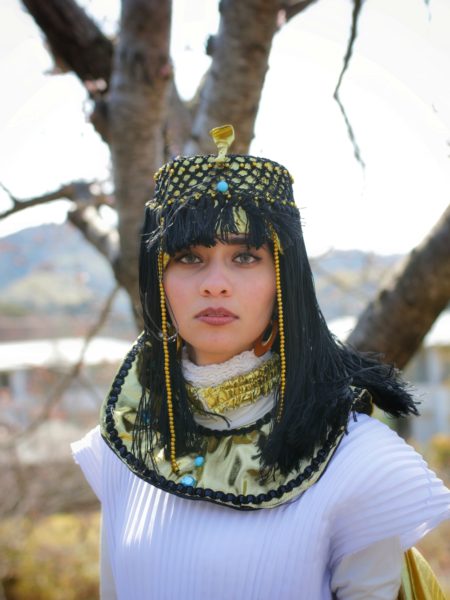 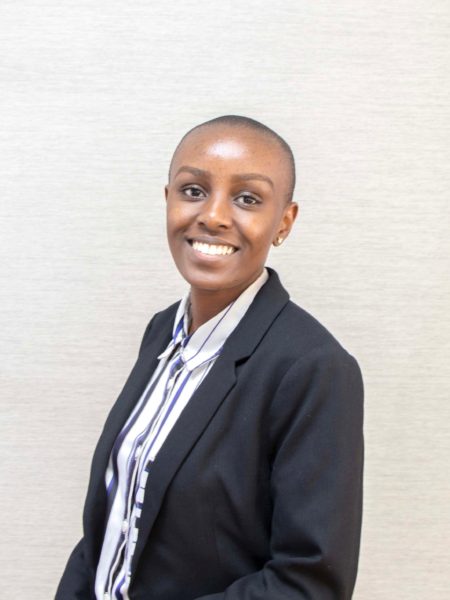 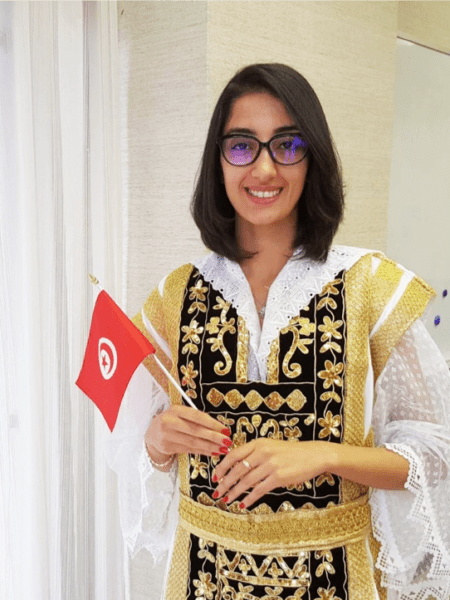 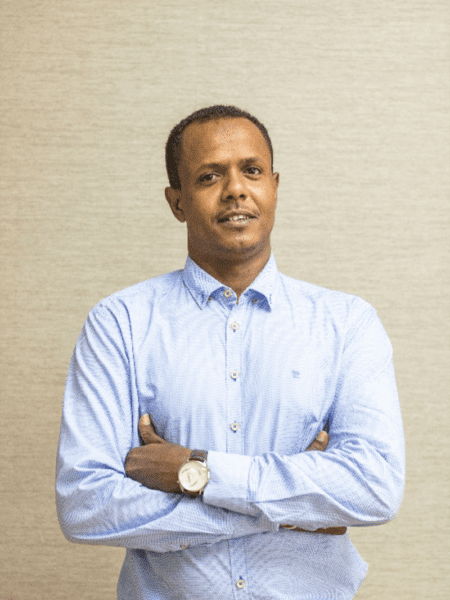 Waheed is a graduate of Water Resources Management and Agro-Meteorology from the Federal University of Agriculture, Abeokuta (FUNAAB). He is a young, dynamic, energetic and passionate Agripreneur. He was one of the pioneer students of University of Ibadan’s School of Business’ MBA in Agribusiness, during which he further developed his knowledge and career in the Agribusiness space. During this time, he undertook an intensive Agribusiness training course at Songhai Farm (Republic of Benin) and IITA Business Incubation Platform (BIP).

He served as Youth-led Capacity Development Officer/Project Coordinator in the International Institute of Tropical Agriculture (IITA). Waheed is a certified Youth Development Educator who has been relentlessly helping young people to identify their strength, develop winning ideas, and future aspirations. He was one of the MTN Foundation Science and Technology Scholarship Scholars (2011-2013).

Waheed envisions establishing an Agribusiness park “Green Innovation Village” through collaboration and partnership with other brilliant minds that will focus on the following area: incubation of agribusiness innovations and other related sector; rural entrepreneurship for youth and women; positive youth development; small-scale enterprise development; capacity building, extension service as well as consultancy to smallholder farmers.

Participating in AYF program will help Waheed to connect and network with brilliant minds as well as identify suitable technologies for agribusiness development in Nigeria.

Mhatli Nizar comes from Tunisia a little country in North Africa known for its beautiful green sceneries and golden beaches. Nizar has a big passion for robotics and embedded systems which encouraged him to enrol in ESPRIT: Private School of Engineering of Tunis, where he obtained a bachelor’s degree in Electro-mechanical engineering.

Early on in his career, Nizar worked on many projects involving Artificial Intelligence, Robotics and Embedded Systems in the fields of agriculture, home automation, and industrial improvement. He also interned in international electronics companies like SagemCom and worked on projects involving micromanagement and computer vision.

Nizar is very motivated to continue working on more projects involving modern technologies. His passion for these fields fuels him to pursue more knowledge and improve his skills. He can’t wait to use his skills and experiences to work together with other fellows to come up with more innovative ideas that can help Awaji Island.

Gehad has always been driven by the passion to challenge and improve herself to change the world around her. In her opinion, if you do not challenge yourself, you will never realize what you can become.

Gehad is a fresh graduate with a Bachelor of Science in Biotechnology and its Applications. She graduated from Mansoura University in Egypt with honours. Her hobbies are photography, swimming, reading novels, manga, and writing psychology articles.

In Summer 2016, she was selected by the US Embassy to represent Egypt in the “Women2Women” leadership program, which took place at Harvard University in Boston, US. In addition to that, she represented Egypt in the Science category in The World Festival of Youth and Students 2017 that was held in Sochi, Russia. In 2018, she was awarded the Bronze award of the Duke of Edinburgh’s International award. That same year she also worked on several research projects focusing on Environmental and Medical Biotechnology.

As a fresh graduate, Gehad is certain that AYF is the right opportunity for her to figure out her life after graduation and that participating in this fellowship will give her a chance to improve her professional work experience and knowledge by partaking in Pasona Group projects that aim at helping the community on Awaji Island.

Catherine graduated from the University of Nairobi, Kenya, with a degree in Business, majoring in Marketing in 2012. Driven by her desire to travel, she pursued further studies in Australia, where she obtained a graduate certificate in marketing, and she later completed a Master’s in International Hospitality and Tourism in the United Kingdom, in 2016. She then went on to work in operations for both Hilton and InterContinental hotels for over three years, and relocated to Dubai, where she worked before joining AYF.

Her interest in AYF is driven by her passion to expand her global experience and her fascination with the Japanese culture. Participation in the program will allow Catherine to explore the culture by immersion and make strides in becoming proficient in the Japanese language. The program provides a unique opportunity to further develop skills acquired in her academic and work background and to explore effective methods of creating impactful business in the tourism industry as a tool for development.

She hopes to use the skills acquired through the program to create businesses in an international scope that help in the reduction of poverty, improvement of livelihoods and contribute to the development of individuals and communities in a sustainable way.

Passionate, persistent and growth and goal oriented, Amani Ouali held the position of President and Co-Founder of a national NGO in Tunisia which promotes and encourages cultural and scientific exchange between Tunisia and the East Asian countries. During her three years Career at the association, which started in 2014, she worked as an event manager and external communications manager. She also participated as a team manager in national and international events as well as being invited as a public speaker at BIL Conference in Tunisia.

Empowering the individual through skill building, education, and value-driven action are things David has been passionate about for a long time. He always welcomes new opportunities to learn. As Stacey Simmons said: “Never stop learning because life never stop teaching”. Otherwise, he is ready to share his experience with others.

With scientific background at high school, he studied English linguistics, transport and logistics with two years in business school. After being involved in business consultation for Japanese companies to implement new business in his country, he has discovered some important values shared by Japanese companies which could contribute to his goals of running business with multinational companies in order to solve youth employment problems, poverty and contribute to Africa’s development.

When he heard about the Awaji Youth federation program and the opportunity it is offering, he found it close to his dream and consequently applied being motivated by two main reasons. First, contributing to the revitalization of Awaji Island, and after meeting success make it a model to apply in my country rural area development. Secondly, the program appeared to be a good opportunity to reach his future goals of running business with multinational companies toward his country and Africa in general.

Currently, David works within the Voice of AYF project team which goal is to promote the Awaji Youth Federation both in Japan and abroad. David found the VOA mission fulfilling since he has natural networking skills and that will lay the foundation for his future goal.

Graduated from the New Generation University College of Addis Abeba(Ethiopia) in the late 2014, in Global studies and International Relations, Kamil has experiences in different sectors such as marines and international logistics. As his dream is to contribute to the development of his country on a global scale, he believes to broadening his network and skills could best fit his expectations.

However, considering that he is interested in international trade, he would like to create businesses and being a leading international economic operator who creates jobs for young generation. he esteems that joining a program worthy of this namely Awaji Youth Federation, in Japan, would open up doors to accomplish great achievements.

Having been selected among 29 participants from 20 different nationalities, he is proud to be a member of the first generation of this incubation and entrepreneurship program as an international relations officer where he feels also honored to meet with great personalities such as scholars, highly ranked diplomats, influential businessmen and other officials. consequently, he is grateful for all those who put the efforts to make this possible and dedicates himself to grow of younger generation.

From Kerkennah island in Tunisia, Maryem is engaged in and committed to making a contribution to the world by promoting a healthy lifestyle, hygiene and food safety. Maryem has eight years of work experience in Hygiene and Food Safety Control, Document Management, Community Development, and Customer Service. She has also been actively involved in cultural, social and health awareness through volunteer activities in Tunisia.

Maryem is a positive-minded individual who is focused on improving the well-being of others through her knowledge of food safety practices.
Her year of experience in Japan demonstrates her ability to adapt to any working environment. By moving to Awaji Island, she aims to further her experience and knowledge and learn more about new methodologies and techniques in food processing.

Maryem is prepared to transmit the inspiration from her experiences in Japan to the rest of the world, and in turn pursue both her own country’s development and the solution to many international issues.