Posted on November 7, 2018 by Awaji Youth Federation | Awaji, Interview In 10 years, I would like to witness the birth of a new utopia on Awaji Island. In order to create this utopia, it is important that we begin to consider the steps that should be made, and who we should gather to help achieve this vision. 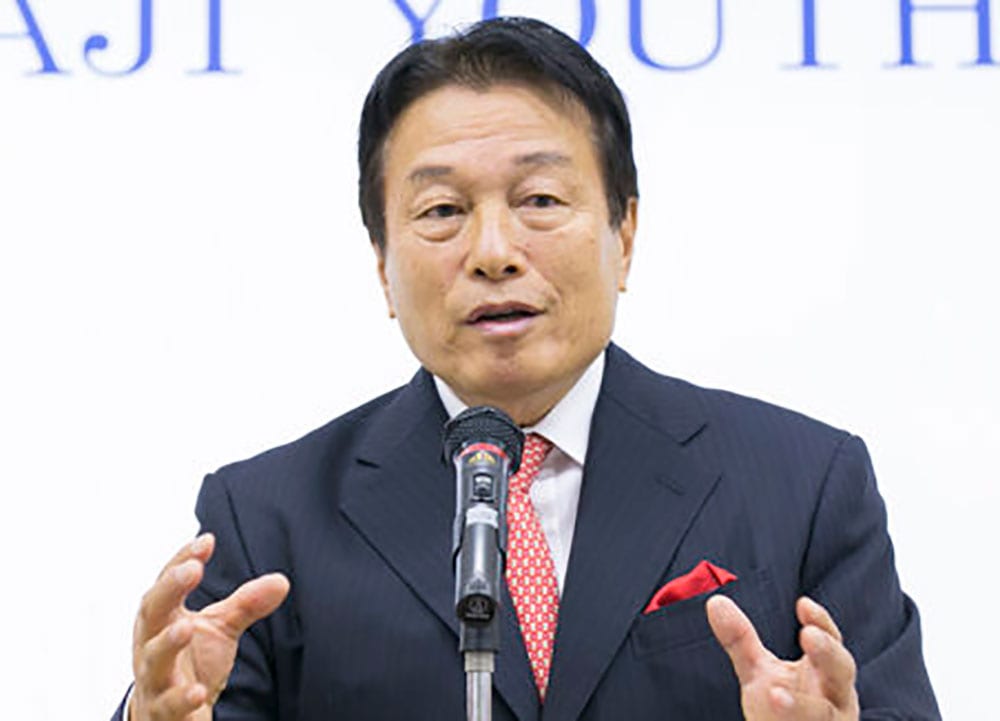 What do you want to achieve on Awaji Island? How do you envision Awaji ten years from now?

Mr. Nambu: In 10 years, I would like to witness the birth of a new utopia on Awaji Island. In order to create this utopia, it is important that we begin to consider the steps that should be made, and who we should gather to help achieve this vision.

What should be done to create this Awaji utopia?

Mr. Nambu: Creating an Awaji utopia will require intensive efforts in many specific areas. The essential foundations include a sufficient population, culture, civilization, food, nature and history. By “sufficient population” I am referring to a diversified set of people from various groups such as athletes, musicians, foreigners, and businessmen who coexist in one community. These people will be immersed in an environment characterized by lush nature and will stand at the forefront of a civilization which incorporates contemporary concepts such as IoT. On Awaji Island, people can also enjoy cuisine prepared through organic farming and take part in a unique culture characterized by music, performances and more. All of this will take place within the backdrop of Awaji Island’s rich history as the birthplace of Japan and the legend of Kuniumi.Only after recognizing and fulfilling each of these six elements can Awaji Island become a utopia.
Six Elements of a Utopia
Population, Nature, Civilization, Food, Culture and History.

In regard to population growth, are you referring to an increase in tourists?

What should be done to increase the number of residents on Awaji Island?

Mr. Nambu: To do this, the following elements are required. I have named them “the seven essences”.
The “seven essences” are: education, health, culture, entertainment, work, food and nature.

Pasona Group is currently building upon each of these seven elements on Awaji Island through a number of projects. For instance, Pasona has already developed new cuisine on Awaji through the establishment of Nojima Scuola (a previously closed school which has now been repurposed) and the Hello Kitty Smile restaurant; in relation to culture, Pasona has focused efforts on creating Awaji Art Circus, which gathers artists and performers from around the world. Pasona has also contributed by creating the Undokai World Cup sports event, which invites people of all ages and countries to Awaji Island every year.
As a result of attaining each of these “seven essences”, the population of Awaji Island should become comprised of 40% Japanese and 60% foreigners. Awaji will become a “resort island of culture, art and health,” and this is the utopia that I am striving to achieve.

Beyond working towards this Awaji utopia, do you have even bigger dreams that you would like to achieve?

Mr. Nambu: I want to create an exchange between Awaji and the rest of the world. I would also like to open an “island summit” that links Awaji with similar islands from all over the world. For instance, Capri, Corsica, Nantucket, Sentosa, Malta, and Hong-Kong, all have the “7 essences” that I mentioned before. What I see in this network of connected islands is a common living space for residents. In other words, people of all ages could circulate information and art, and build friendships everywhere within this network. This would be a global utopia. To some extent, one can see similar concepts with the Rotary Club, Lions Club, Club Méditerranée and others, but the difference in what I envision is that there would be linkages between residential spaces in different parts of the world.

Why is the vision that you have for Awaji so important to you?

Mr. Nambu: Well first, achieving regional revitalization through combined efforts of the prefecture and the city is important. There are limits to private companies when they act alone. However, these companies can achieve more depending on how they collaborate with the government. This kind of effort is what has been created in Awaji.
This was made possible due to the current problem of extreme concentration which can be found in Tokyo. By solving this issue, we can mitigate the risks of natural disaster, contribute to the internationalization of companies, and create a healthy environment for workers. By doing so we will have achieved regional revitalization.

As a successful entrepreneur, what advice would you like to pass on to others?

Mr.Nambu: Treat your ambitions with the utmost care and dream big!

“Boys, be ambitious! Be ambitious not for money or for selfish aggrandizement, not for that evanescent thing which men call fame. Be ambitious for the attainment of all that a man ought to be.”  -by William Smith Clark