Posted on November 7, 2018 by Awaji Youth Federation | International Relations, Interview, Spotlight The African continent is said the planet “last frontier”- endowed with rich natural resources, a   tremendous diversity in culture and dynamism of people, and great growth potentials in industry and as consumer markets. 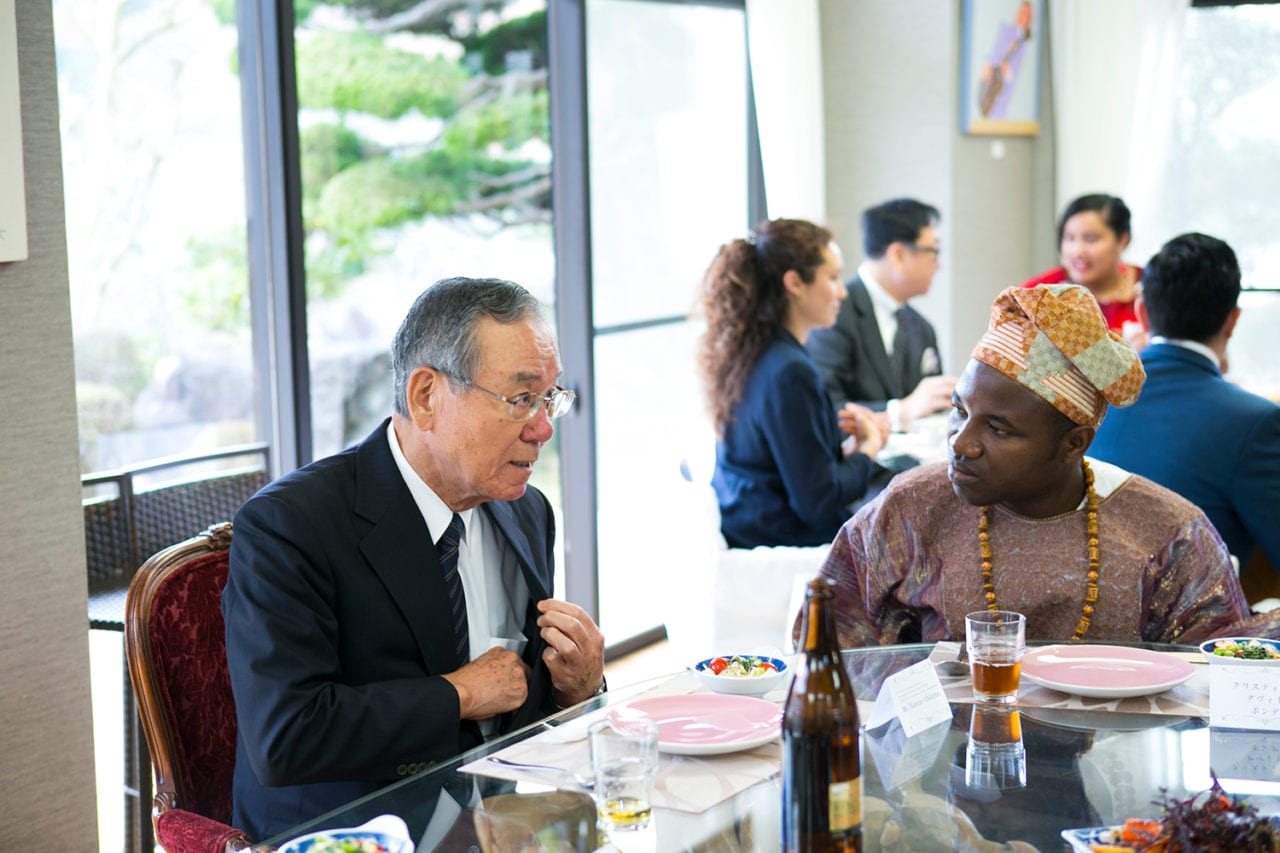 Question 1
As the Managing Director of the Africa Society of Japan, could you comment on the current situation in Africa and its future potential as one of the world’s most major population centers?

The African continent is said the planet “last frontier”- endowed with rich natural resources, a   tremendous diversity in culture and dynamism of people, and great growth potentials in industry and as consumer markets. By 2050, one person out of four in the world is predicted to be Africans.  That is why an increasing number of countries, both developed and emerging ones, are getting attracted by Africa’s potentials and boosting their investment in and trade with Africa. This is not to deny that difficult problems and challenges remain and need to be addressed, to be sure, but it is also clear that Africa’s future holds many encouraging promises.

Question 2
What do you think about Japan’s current engagement with and understanding of Africa?

On development cooperation with Africa, Japan initiated the high-level policy dialogue forum known as the TICAD (Tokyo International Conference for African Development) soon after the end of the Cold War – at a time when the world’s interest in Africa was receding. This summit-level forum has served, and will continue to serve, as the main vehicle of Japan’s engagement with and understanding of Africa on a continuous basis. The recent decision by the Japanese government to establish the Mission accredited to the African Union is a welcome step to help promote further Japan’s broader-based relationship with the African countries.

Question 3
What should be done to improve cooperation between Japan and Africa?

Through the TICAD process Japan has considerably increased its development cooperation with Africa, including by attaching a high priority to the concept of ownership and partnership and to human resources and capacity development. While the importance of development cooperation remains unchanged, many African countries are now keenly interested to see more Japanese private sector engagement in Africa, more investment, trade, joint ventures, etc., between Africa and Japan. In response, the Japanese government and the private sector have been making efforts to move in this direction, including through the establishment of a public-private sector dialogue forum between Africa and Japan.

Question 4
We have four African fellows this year in the AYF, how do you think they can personally contribute to developing stronger people-to-people links between Awajishima and Africa?

The AYF Fellows from Africa, as well as Fellows from other countries, must have had intensive, wide-ranging, and unique experiences and thus have formed an invaluable asset during their 12-months stay in Awajishima. No doubt, in terms of their future career this must prove a great benefit to each of them, no matter what that career may be, and hopefully they will keep engagement with Japan and with Awajishima, including, for example, through studying or teaching on Japan-related matters, employment in Japanese companies, or starting businesses such as in consultancy. In any event, they will remain good friends of Japan and of Awajishima.