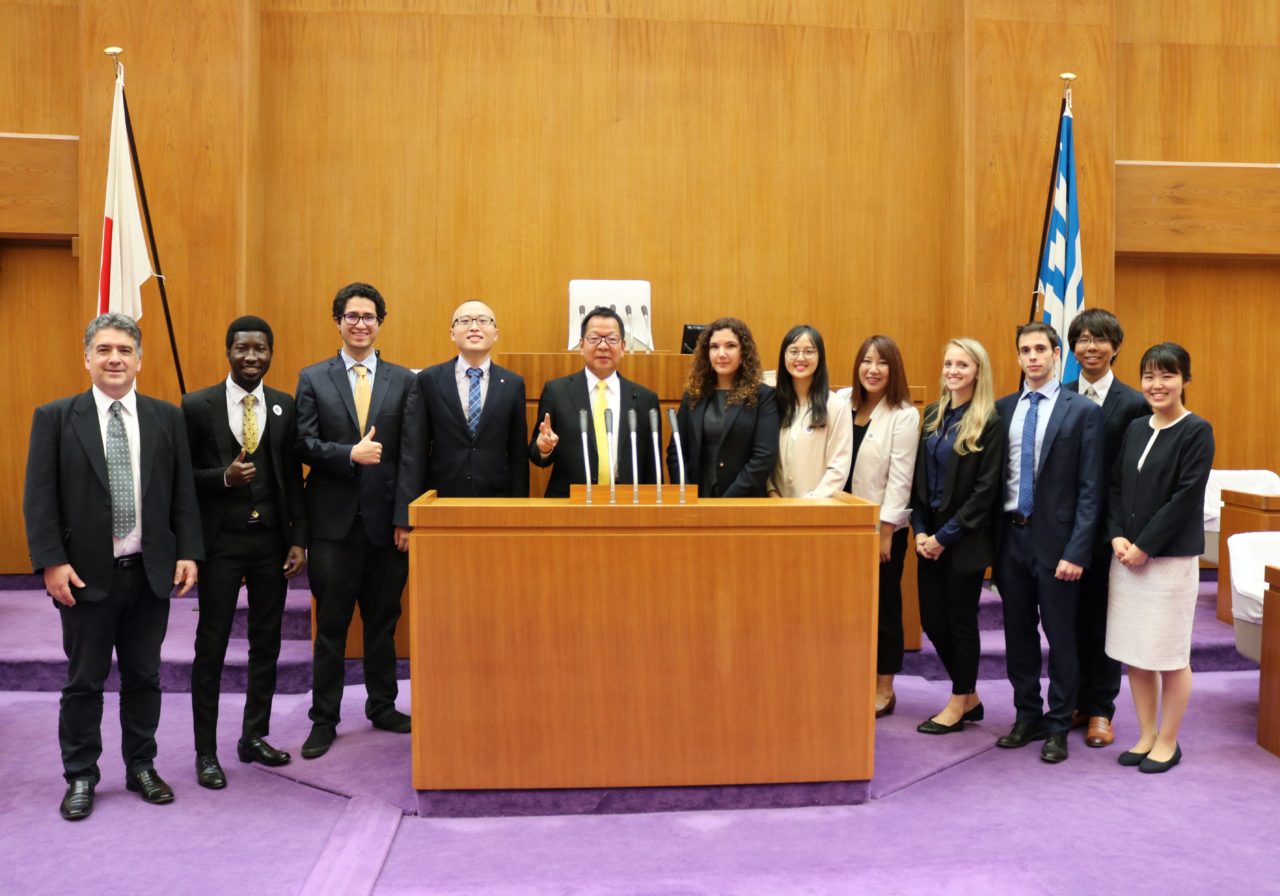 Awaji Youth Federation follows the mission of Pasona Group Inc. which is “to solve society’s problems”. We also strongly believe that in order to help people around us, we need to share our ideas with them, exchange opinions, receive feedback, and collaborate to achieve our mutual goals. One of the events contributing to establishing connections with the local population in Hyogo was AYF fellows’ visit to the Prefectural Government Office in Kobe on the 28th of October 2019.

The visit started with a tour of the building, where the fellows learned about its history and role in the local community. Next, one of the Japanese fellows explained AYF’s function and goals for Awaji island. Finally, each team had the opportunity to share with local politicians and regional revitalization students their projects and ideas for contributing to the development of the island.

The first team to present their project was the YUNGA team, represented by Waheed from Nigeria with the support of Amy – a first year fellow from Vietnam. This team is one of the newest in AYF and is working directly with the United Nations Food and Agriculture Organisation as the Japanese branch of the Youth and United Nations Global Alliance (YUNGA). Waheed and Amy explained that YUNGA Japan is a partnership between United Nations agencies and civil society organizations that work with children and young people all over the world. The speakers underlined how this project could raise awareness amongst Japanese youth of global issues such as climate change, loss of biodiversity, and other environmental problems. The presentation also described some of the events organized by the team, such as World Clean-up Day and the Soil Challenge booth at UNDOKAI WORLD CUP. 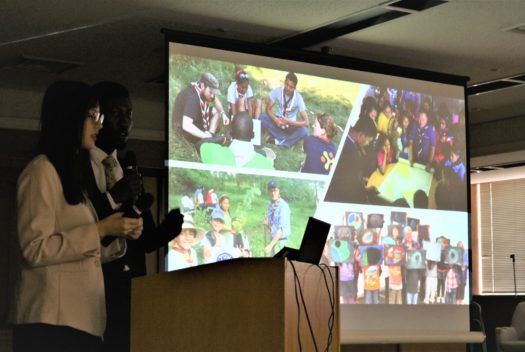 The OnigAWAJI team, introduced by Matteo from Italy and Jason from Singapore, started the presentation with a video full of captivating and mysterious images of Japanese demons. The team outlined the project’s goal – to contribute to regional revitalization by giving new life to traditional arts and crafts, specifically Japanese tiles depicting demons (onigawara). They also shared their vision for onigawara promotion on the island, their business model, and ideas for fundraising in the future. The audience was particularly interested in the events and workshops organized by OnigAWAJI team. Seeing a group of foreigners make traditional Japanese art and add their own unique touches to it helped them to see a common art form from a different, more intriguing, perspective. 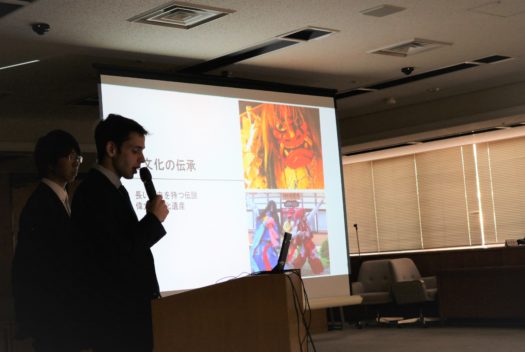 The next project presented was an event organized by AYF in collaboration with Awaji City Hall to celebrate the 30th Anniversary of the Kaori no Koen park located in Awaji-shi. Irene from Spain and David from Canada talked about the history of the park, the concept of the event, and the importance of creating an opportunity for the locals to meet and spend time together. The event took place on the 30th of November in the form of a journey to discover the 5 senses. Visitors to the event were invited to enjoy various activities aimed at enhancing their experiences in the park. 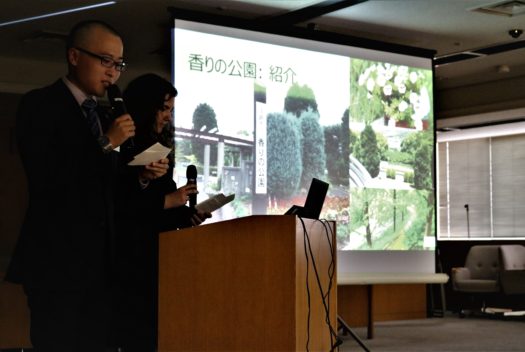 The last presentation by Santiago from Colombia and Naomi from Japan was dedicated to the AYF Academy project. Designed around Awaji Youth Federation, AYF Academy is an Awaji-based project created to give young Japanese leaders a chance to be exposed to the world without leaving Japan. The speakers described how the academy offers an opportunity to live, learn, work, innovate and lead with a diverse cohort of young international professionals. They pointed out that the experience of complete immersion will lead to first–hand understanding of different business cultures, project management challenges and socio-political environments all over the world.

All in all, the visit was very productive: the audience expressed their interest in AYF projects during the Q&A session, and the fellows were happy to share the products of eight months of their work and receive valuable feedback. In the future, we expect to have more events of this kind and to build strong connections with communities in Hyogo Prefecture.

More information about AYF and our projects can be found by clicking on the following links: